The Congregation of the Sisters of St. John the Baptist was  established by the saintly priest Blessed Alfonso Maria Fusco, in Italy, 1878. The school was built on 6th of February 1977 just accommodating 10 children in a small shed of the Parish church campus. Later nursery school in the convent. The sowing of the seeds in late 1970s has grown into a huge tree that acts in a beneficial manner to more than thousands of little children. The FUSCO’S Schools developed into two distinct branches, one in Anna Nagar and the other in Yagappa Nagar enroling considerable pupil, thereby witnessed a steady progress amidst all other schools in the Temple City. The school ,with the complete blessing of the God and full cooperation of the parents produced greater results every year and celebrated its PEARL JUBILEE during the academic year 2009- 2010. 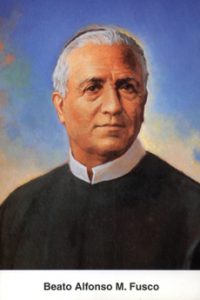